In praise of chocolate, inconvenience and boredom

This episode was inspired by @GlenFCochrane, who sent this tweet a while back,

In conversation with Glenn we had the idea of exploring further the distinction between a ‘clunky’ and a ‘seamless’ life for this episode. We humans build a seamless life via habit. The episode explores how to change habit to enable some clunkiness in life and learning.

Changing habit is both easy and hard. In keeping with our ethos: Is changing habit good or bad for education? Yes. This episode starts with a big question which we sidestep for something practical: Is all learning just changing habit? This felt too hard to tackle after a long day at work, so we focused on the basics instead.

We define habit with Britannica as “any regularly repeated behaviour that requires little or no thought and is learned rather than innate”. We talk about building habit at school and changing unwanted behaviours in work and the rest of life.

The habit loop is the star of this episode.  We talk about cue, routine, and reward as the components of the loop and emphasize the importance of tweaking cues (location, time, emotional state, other people, immediately preceding action) over-focusing on the actual habitual routines as we often do. And yes, we make connections between toothpaste and education. You will have to listen to find out. 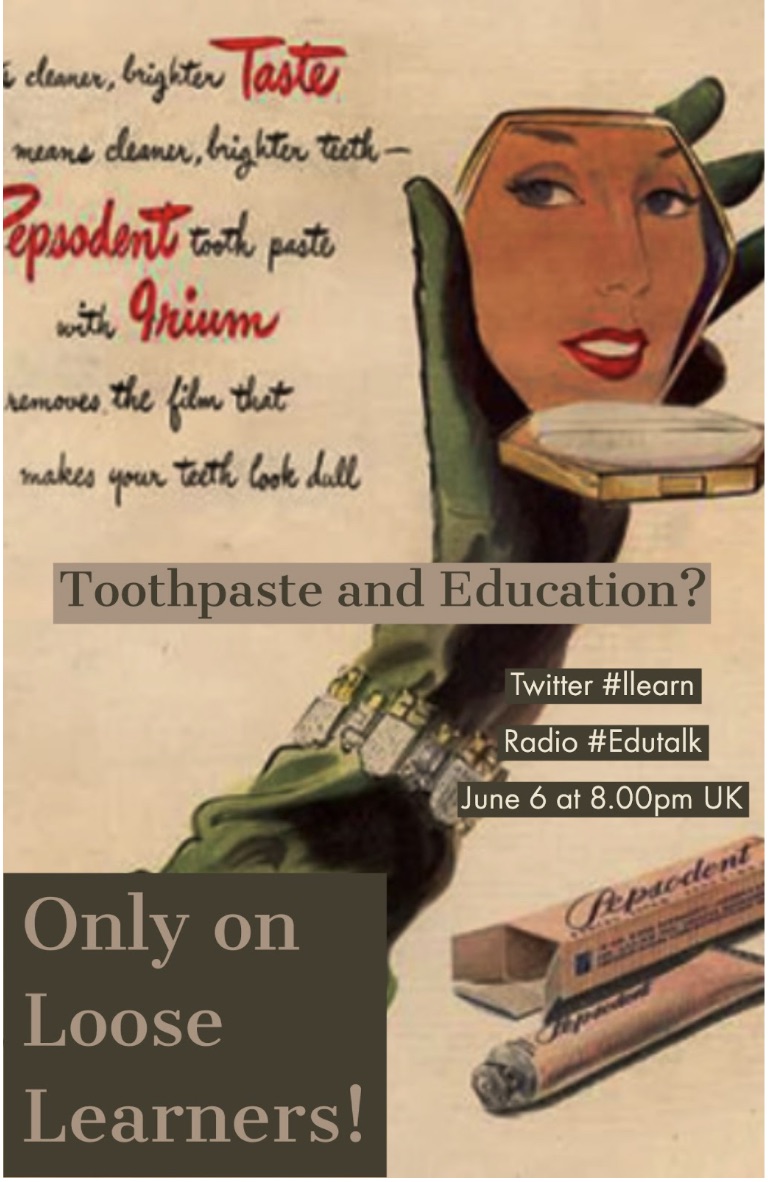 We dive into a TED talk by Charles Duhigg titled The power of Habit based on the book by the same name.  How do you change habit? Easy.  Add a new routine to your habit loop, and give yourself chocolate as reward once you have done the new routine.

Well, it’s a little more complex than that…

We explore: Charles cookie habit! And the many ways he tells himself to  not eat the cookie. He fails and gains many pounds, which he then loses by applying the approach of the book. You judge his credibility when you listen, you will find the talk entertaining at the very least.

We explore neurological rats from rats searching for chocolate, how most of what we do is habit, how a chocolate reward gets you to exercise and the world famous Marshmallow Experiments, old and new interpretations.

Another strategy we can use to break habit is simply to make undesirable habits inconvenient, we spend some time exploring the article Glenn refers to in his tweet above. The TL;DR is simple: “The harder it is to do something, the harder it is to do it impulsively, so inconvenience helps us stick to good habits. There are [some] obvious ways to make an activity less convenient.” The article explores these ways and we discuss it. Mariana objects to its framing of habit as good or bad, for implying some kind of absolute when evaluating habit is always in relation to some subjective ideal. We make connections with past episodes when we speak of friction (our word for inconvenience) in software to enable deeper learning.  But, as ever on this show, we talk about the fact that it is not that simple! The end of the article brings out a little sentence that matters a lot:

“Of course, sometimes we don’t make a habit inconvenient because we don’t really want to change.” Mariana argues that this is the most important obstacle to changing habit and it is glossed over with a trivial story at the end.

And one of our million listeners wanted us to explore the idea of creating ‘a boredom habit’ to help our wellbeing, digital and otherwise :

So we added a ‘Being Bored Is fun’  section to  the show! First things first. What is boredom? “to be peacefully under-stimulated with no relief in sight” Is it easy to build this habit? Nope.

“The average person’s life is full of little tasks to complete, group chats to respond “haha, yeah” to, emails to circle back on, and people you went to high school with to determinedly ignore on the bus. The entire world is one giant beeping alert to things we should do or can do or will do in the future, things we are doing at that moment but could be doing faster. It’s more or less impossible to be bored. Bored means there are not thousands of to-do’s to accomplish. Bored means it doesn’t matter that there’s not. Bored means you are free.”

We talk about ways to build the boredom habit and its purpose in education. The episode ends with a health warning about simplification – changing habit is woven to all that is our psyche and no strategy will succeed unless the whole of you is ready to make a commitment to change, this can often take years of psychotherapy. We felt this was a heavy way to end the episode, so John encourages Mariana to lighten up! She does and tells a bad joke:  How many psychologists does it take to change a lightbulb? None. The bulb will change itself when it’s ready!

Enjoy this episode and we will be back in September after a well deserved break.